skip to main | skip to sidebar

TEARS ON MY PILLOW 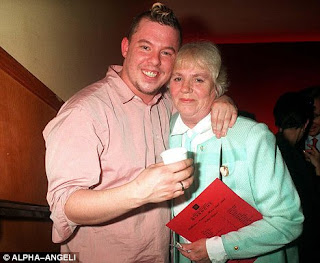 Shortly after his mother Joyce passed away Lee McQueen has committed suicide in his luxury flat in Mayfair, central London. It is believed he hanged himself.

'His brilliant imagination knew no bounds as he conjured up collection after collection of extraordinary designs.
At one level, he was a master of the fantastic, creating astounding fashion shows that mixed design, technology and performance and on another he was a modern-day genius'
Vogue editor, Alexandra Shulman

'He was a genius. What a terrible, tragic waste.'
Designer Katherine Hamnett


KATIE GRAND
"I remember going to Lee's first show at the Bluebird Garage; It was one of those 90s happenings where no one quite knew what we were going to see, but there was a huge amount of curiosity about it. There was no seating, and it was all incredibly cool. The girls came out covered in terracotta make up and that weird proportion with the bumster, which is now so famous. There were so many beautiful things in that show - it was just relentless.
"I met him afterwards with Issy Blow, and shot him for a very early issue of Dazed & Confused together with new, happening designers. Some of my favorite shows ever have been by Lee, and early on it was always such a bloody drama getting in - that was half of the fun. The one in the church on Shoreditch High Street which was lit by candles, the water one at the Royal Horticultural Halls, the only New York show at the end of a pier during massive floods and thunderstorms. The last time I saw him was at the end of his men's wear shows a couple of weeks ago, I ran backstage to congratulate him but he had already left the building to go skiing, what a shame I'll never see him again."

DAPHNE GUINNESS
"He was an aristocrat in the true sense of the word. He had a natural grace, natural patrician instincts. And he had so much compassion and a big heart he was such a friend. We would go to his studio and do simple things sit and have a cup of tea and just have fun. We'd play around like kids and imagine that we were in a world that wasn't so cynical and money-driven." Guinness said she first met him years ago: "He spotted me across Leicester Square. I was wearing his Givenchy kimono with the dragon on the back. We became good friends. He was the kindest, shyest, funniest person. And when the chips were down he was there. He wasn't a flake. You could count on him. I will miss him."

DOMENICO DE SOLE
"I loved him. He used to come to the house for dinner he knew Eleanor and my girls well. At the last McQueen show I went to, the fall 2004 collection, he came up to me and hugged me, and he was crying. He was very upset that I was leaving. He was shy, but once you got to know him he was very open and he had a great sense of humor he used to make fun of people. He was also a very decent man: He was unbelievably nice to all of the seamstresses in the factory in Novara (Italy) who made his collection. He treated them well and they loved him. He was just a fabulous person."

STELLA MCCARTNEY
"Lee was a fashion genius. I don't say that lightly, and it is a total shock that I am referring to him in the past tense. He was a real friend. I will miss him as a mate, a peer, and as a true British talent, full of life and energy in everything he ever did. He was one of our best designers, and this is a huge loss for the world of fashion. What a man! Such sad, sad news. The world has lost a star. My deepest sympathy goes out to his family, his many friends and all those who worked with him."

SIMON DOONAN, BARNEYS NEW YORK
"He is a uniquely British kind of phenomenon, a working class lad who bootstrapped it. He had enormous innate creative passion that ultimately gave him an incredibly broad frame of reference, from art to obscure movies to history, this spongelike passion and amazing imagination that in the end informed his design. He became within a very short period of time a very cultivated person that's sort of a function of the English class system, which makes people so tenacious and aggressively curious." Comparing him to John Galliano and Vivienne Westwood, Doonan characterized McQueen as "a provocateur, almost like a highwire act, an exercise in daring creativity. He raised the bar so high on what was even possible with clothing."

CHANTAL ROOS
"Like all artists and he really was an artist he needed love, and I loved him deeply. He [had a very strong idea of] what he wanted and especially what he didn't like. He was always easy to work with," said Chantal Roos, who developed fragrances with McQueen when she headed YSL Beauté.

JOAN BURSTEIN, OWNER OF BROWNS IN LONDON
"It is a great loss," said Joan Burstein, founder of London's Browns. "Having been with us from the beginning, I am extremely sad to hear this news. We will mourn the loss of him and his growing talent."

PHILIP TREACY
"In a world where every man and his dog is a designer, Alexander McQueen was the real deal. He was the greatest and most genuinely talented designer I have ever worked with. His talent was supersonic. As with true talent, it comes from nowhere and reaches everywhere. His originality and exceptional talent always impressed me. He was a very kind and loving friend to me." 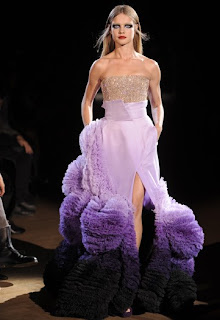 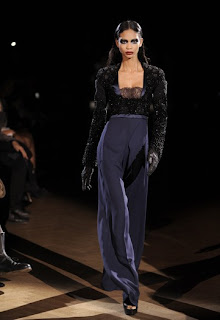 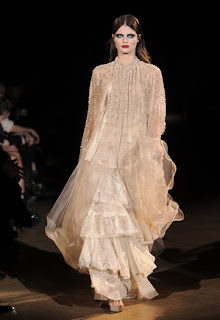 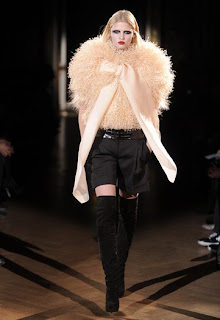 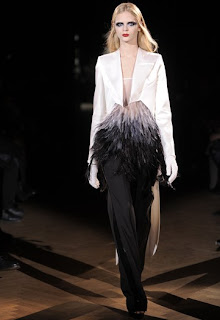 FEATHERS! Basically if you arent wearing feathers this coming season you shouldnt step out of your house. I love them, I die for them, I want to bathe in them?
This collection is perfection as is everything Riccardo Tisci does. I suggest taking a look at Rami Kashou's collection as he was the first designer I really noticed on trend. The soiree was held at the Imperial Salon of the Westin Hotel where my very own Lara Stone sasheyed down the runway.
Posted by C.M LEWIS at 10:06 PM No comments: THE ROW FAILS TO IMPRESS For someone all consumed with fashion whom does a considerably well job of dressing herself, I am shocked at the Row's pre-fall collection. The pieces a) have nothing interesting to set them apart. b) WHO STYLED THIS? I demand to know. It is offensive. Presentation is everything. Even a collection that fails to have any significant point of view can still stay relevant when put together properly, hopefully creating a story. c) Unfortunately my disappointment crosses over to their Spring collection which has now left me curious as to what they will show for F/W 10'. Will it fail miserably or will they find a voice? they have found a market with their high end lux basics but I'm not impressed, and I feel as though I should be. There is no reason as to why this brand given all the press and encouragement from its peers shouldn't flourish. Where is your voice?
Posted by C.M LEWIS at 7:22 PM No comments: 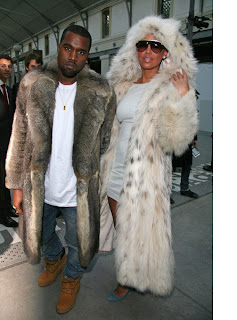 http://www.peta.org/feat/ChineseFurFarms/index.asp
Posted by C.M LEWIS at 12:38 PM No comments:

TEXT: "Haiti" donate $10 to the Red Cross. T-Mobile customers can text "HAITI" to "90999" and the donation will be charged to the customer's cell phone bill without any fee or charge for the text.
Posted by C.M LEWIS at 8:55 PM No comments: